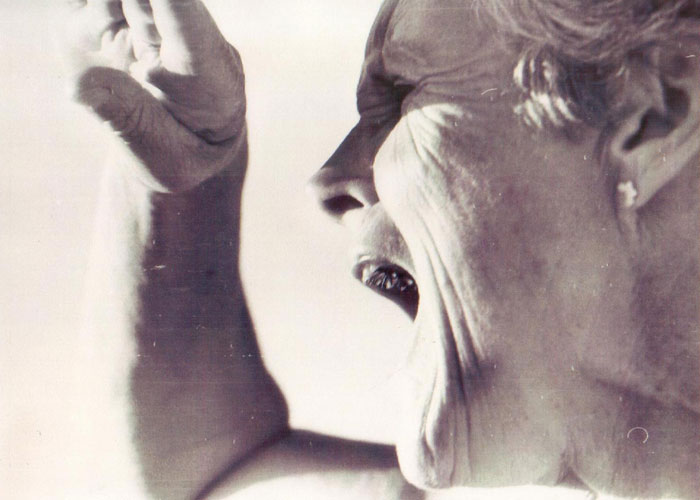 The year 1967 was significant. It marked the summer of the 1967 Detroit inner city rebellion. It was also the one-year anniversary of my joining the Panel of American Women (PAW) as a Catholic representative.

My commitment to working against injustice had been ignited by my special needs daughter, Molly, who was born in 1963. It was then that our family became the “Others” as Molly was labeled “mentally retarded” (the “developmentally disabled” label was used in later years).

I witnessed the burning of Detroit on television in Philadelphia, Pennsylvania. Detroit was the home of the Institutes for the Achievement of Human Potential, where Molly and I began our first rehabilitation training, which would last for two-and-a-half years.

Two significant efforts stand out during this period: working with Molly on the floor and therapy table and serving on the PAW. In January 1970, I separated from my husband, left a Detroit suburb, and moved into an integrated neighborhood in Northwest Detroit.

We were one of the last white families on the block when I began working for Northwest Community Organization (NCO). The goal of the organization was to promote integration by helping black and white families work together to stabilize their neighborhoods. At the time, Cooley High School was fast becoming all black due to white exodus, and we helped police understand the components of racism as they settled conflicts.

I then began working for New Detroit, Inc., a coalition of corporations and community organizations designed to address poverty and institutionalized racism. The coalition was a direct result of the burning of the Detroit ghetto and the efforts of churches and organizations set up to stop discrimination, prejudice, and racism. I also served on the New Detroit Speakers Bureau and People Acting for Change Together for several years.

This continuum of anti-racist activity in my life is directly related to the PAW’s education at a grassroots level. Our contacts and persuasion of churches and clubs to listen to our stories was an important component of the Civil Rights movement at the time. My involvement in anti-racist demonstrations led to my anti-war, feminist, right-to-choose, and LBGTQ rights work. I view these actions as all connected: the elimination of discrimination against the disabled, minorities, women, and gender diversity. My awakening can be traced back to my PAW days.

I served on the Panel as a young woman of 26, naïve, believing that as a Catholic, I could reach other Catholics in particular. I told the story of my great-great-grandfather struggling for freedom in America after emigrating from Ireland. He changed his name from O’Dunne to Dunn to diminish the stigma of being Irish Catholic. While my father did not share details about the discrimination experienced by his grandfather and father, he often talked about feeling the brunt of Protestant and Jewish rejection. My father was not an educated man, so he often retaliated by iterating racist and discriminatory remarks. I had always felt this was wrong, even as a child, and we argued over the topic of his projected anger toward other nationalities and ethnicities.

After beginning my service on the Panel of American Women, I arranged a presentation at St. Mary’s of Redford parish in Northwest Detroit, an all-white neighborhood. My heart sank when people began leaving the meeting as soon as they realized we were serious about integration. As I witnessed their exodus, I went deeper into my commitment work for justice and civil rights.

In many ways, the makeup of the PAW was limited, at least as it was initially formulated: Jewish, Catholic, Protestant, African-American. A panel of Asian-American, Indian/American, Muslim/Hindu, Saudi-Arabian, Hispanic American, and Caucasian American women would be a powerful step toward educating others about our collective struggles. Panels like this in Arizona, California, Idaho, Montana, and the entire South would meet the same kind of resistance we felt—only now, the probability of violent reactions is much higher as the wave of anti-immigration and anti-Muslim bigotry continues to sweep across the country.

At 71, I engage in demonstrations on occasion; I celebrate life in as many forms as I can. Email political communication is significant. For many years, I have worked in the domestic and sexual anti-violence movement, and I continue to engage in local and legislative activism to end violence against women and children.

As a licensed clinical social worker, my commitment to justice is focused on individual and family self-restoration. In my teaching at Southern Oregon University, I integrate issues of social justice into all my classes.

Back to Writings | Previous Piece | Next Piece